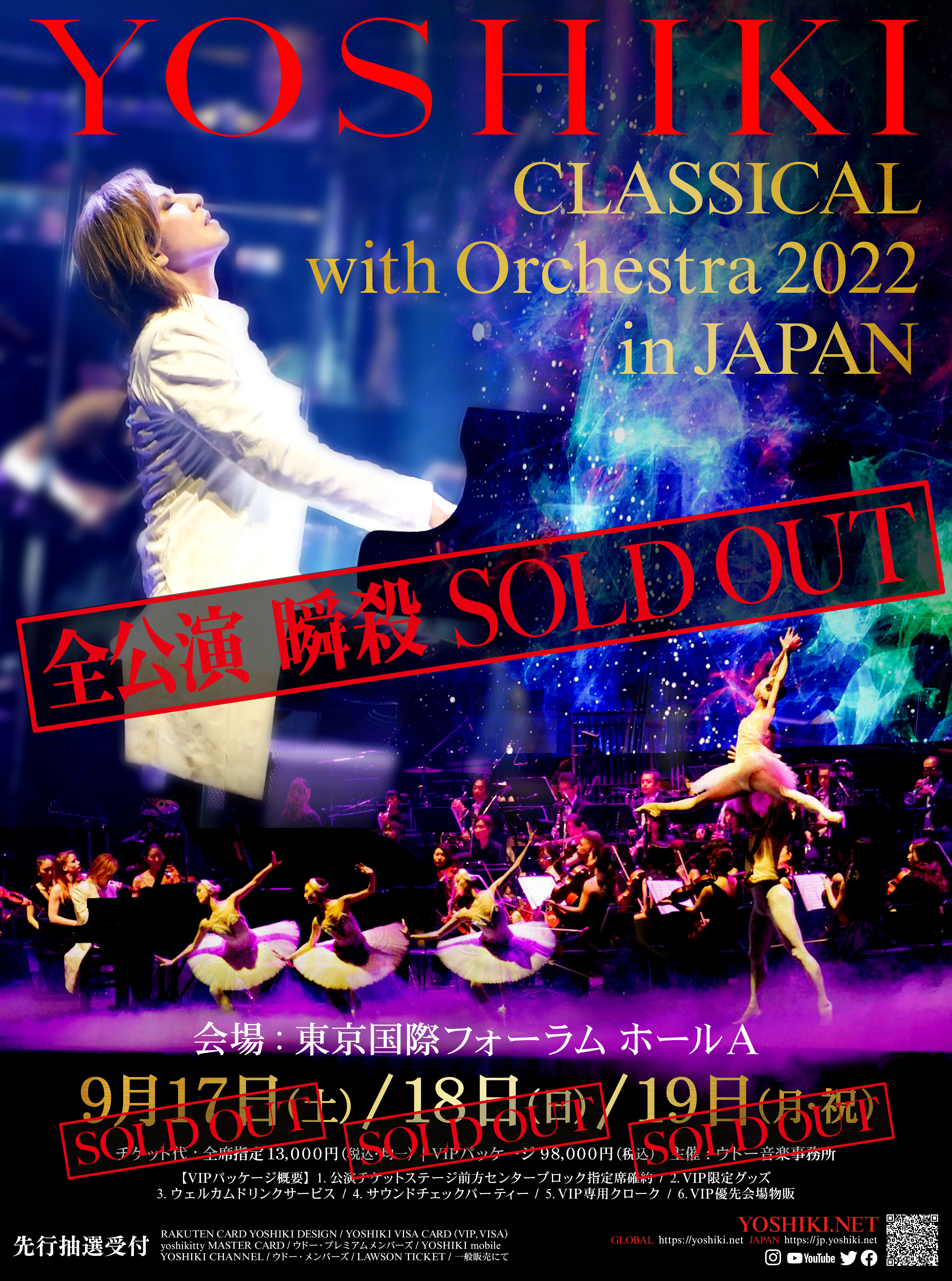 LOS ANGELES, July 5, 2022- Iconic Japanese rock star and leader of X JAPAN, YOSHIKI, has sold out the highly anticipated concert event "YOSHIKI Classical with Orchestra 2022 in JAPAN" immediately after general tickets were released. Presale was only open to members of various fan clubs and select YOSHIKI credit card holders, and in under one minute nearly all 15,000 concert tickets (5,000 per night over 3 shows) were gone.

"YOSHIKI Classical with Orchestra" is a classical-style concert featuring YOSHIKI's piano performance with a live orchestra. In the world of classical music, YOSHIKI has created several masterpieces, such as X JAPAN's “Forever Love"and "Endless Rain", as well as "Anniversary", the concerto composed for the 10th anniversary of the Emperor of Japan's reign, and the official theme for the Golden Globes.

In addition, YOSHIKI will be headlining 20 once-in-a-lifetime events at the Grand Hyatt Tokyo Ballroom from August 11th – 28th consisting of 2 shows a day titled “Breakfast with YOSHIKI” & “Evening with YOSHIKI.” These monumental concerts will feature:

Additional general ticket sales for these shows have just been added HERE due to eased capacity restrictions in Japan and the finalized stage plan for the event.

YOSHIKI also performed two sold-out performances at the prestigious Carnegie Hall in New York City. The famed concert recording, “Yoshiki Live at Carnegie Hall,” is now streaming across the U.S. on PBS Passport and can be viewed HERE.

To purchase tickets for "YOSHIKI Classical with Orchestra 2022 in JAPAN,” please visit: Yoshiki.net/news/yoshiki-classical2022

To purchase tickets for "Breakfast/Evenings with YOSHIKI in JAPAN,” please visit: Yoshiki.net/dinnershow2022