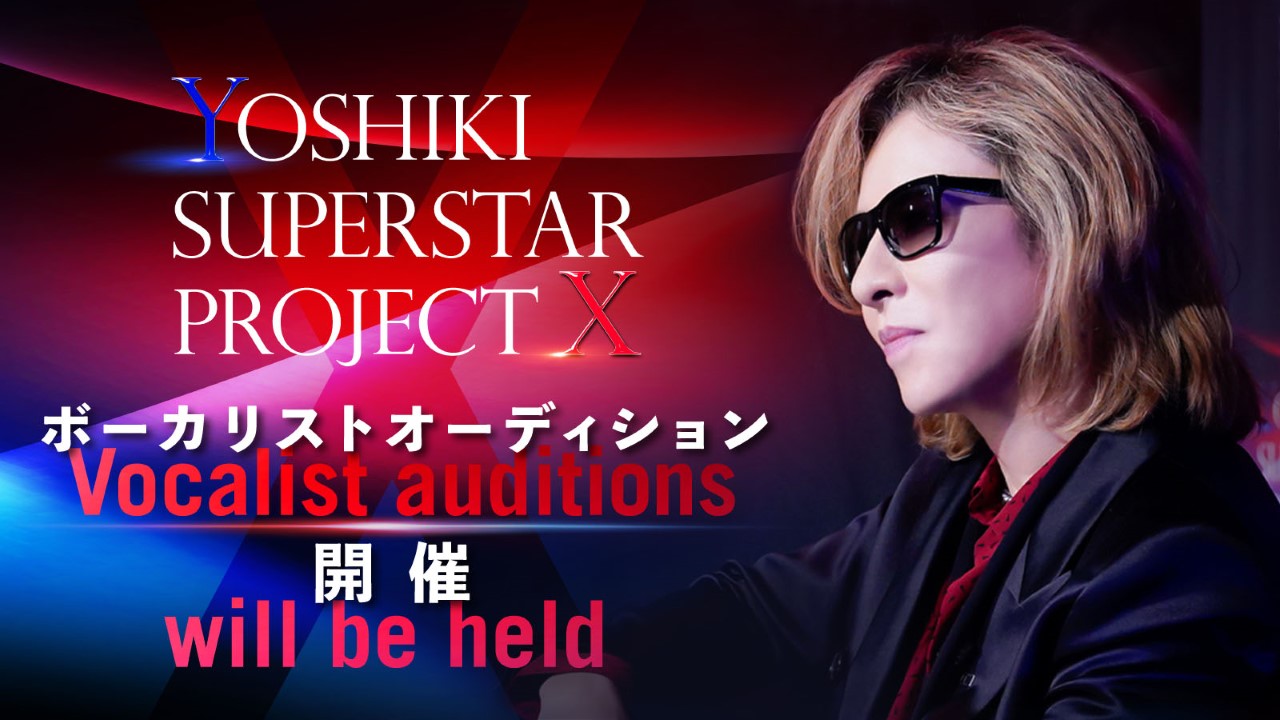 Friday, November 18,2022 – Produced by Japanese rock star and composer YOSHIKI, YOSHIKI SUPERSTAR PROJECT X is a new competition talent show that sets out to create the world’s next top rock band. Four band members have been selected from the auditions, and preparations were underway for the band's debut by the end of this year. On November 5th, competition-winning vocalist YOSHI was tragically killed in a motorcycle accident in Tokyo. Amid their grief, the future of the band became uncertain, but the decision to hold a new vocalist audition was made in response to the strong desire of the bereaved family to"complete the unfinished music" with YOSHI’s vocals which were recorded for only one chorus.

Auditions will begin for male vocalists to join the band on the world stage with kyohey (KyoheiMurakami) on the drums, KAIRI (Kairi Sakamoto) on the guitar, and FURUTATSU (Tatsushi Furuno) on the bass, who are determined to move forward.  Auditions are open from November 18th through December 20th. All nationalities and ages are welcome, and anyone who aspires to become a male vocalist is eligible to apply. Entries in English are also accepted.

YOSHIKI SUPERSTAR PROJECT X is available to watch exclusively on Hulu Japan.
New episodes release every Saturday at 12:00am JST. (Episode 7 will be available on Saturday, November 19,12:00am JST.)
Watch the latest updates on the show on NTV's Sukkiri!! and Gyoretsu no Dekiru Sodanjo