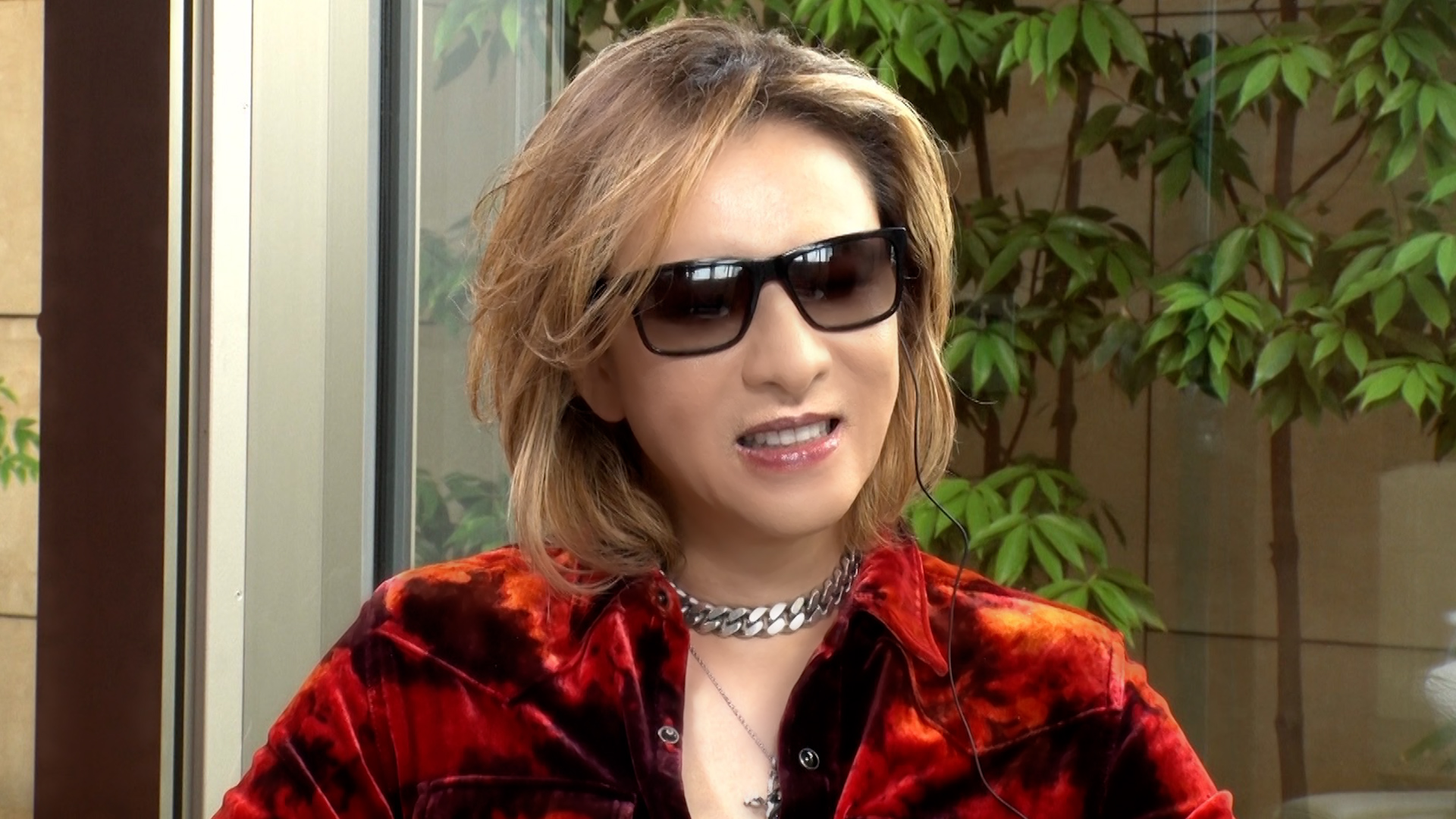 YOSHIKI made a surprise guest appearance on the TV Asahi program "Sandwichman to Ashida Mana no Hakase Chan" on Saturday, June 18th. His sudden entrance brought the show's presenter to tears, leading YOSHIKI to admit "I'm about to cry, too!"

In the hugely popular variety show, "Sandwichman to Ashida Mana no Hakase Chan", children who have great talent and knowledge that outshines that of adults appear on the program as "Hakase Chan" ("little teacher") and give the world's funniest lesson.

On the June 18th program, Uno Sato, a second-year high school student from Miyagi Prefecture who adores the rock band X JAPAN, appeared on the show as Hakase Chan. She gave an in-depth lesson about the power of X JAPAN's music and why the band is so popular with music fans around the world.

Sato's life changed drastically when she discovered X JAPAN.  She is an expert on Showa-era songs, and has appeared on the show before as the "80's Idols Hakase Chan", but X JAPAN is her other great love. She confesses that, as she learned about the band's extraordinary stories, her previously shy personality transformed and became more positive, changing her life.

In her lesson, Sato reviewed X JAPAN's "super-cool songs" to establish why the band have touched so many with their music, and why they are so praised all over the world by famous musicians of multiple genres and languages.

Sato explained "Rose of Pain" as "a super-cool song that is rock, but has Bach in it". Released in 1989, it surprisingly begins with a Bach masterpiece in its entirety. In fact, YOSHIKI is an artist who has been closely involved with the piano ever since he was a child, and is so well-versed in classical music that he was even given a recommendation to study at a prestigious music academy when he was a third-year high school student.

According to Sato, there are many die-hard fans overseas as well, and she says that she has recently been communicating with fans from all over the world via social media.

In the middle of her lesson, Sato was amazed by the sudden appearance of YOSHIKI, the leader of X JAPAN. The meeting was a dream come true, and Sato was immediately moved to tears.

Sato had been falsely told that she would be recording a video message for YOSHIKI at the end of the program. In fact, when the show's staff contacted YOSHIKI, telling him about Sato's passion and asking if he would receive her message, he said, "If it's for Hakase Chan!" and adjusted his extremely busy schedule during his visit to Japan to meet her in person. This is the first time YOSHIKI has ever arranged a surprise meeting with an ordinary fan.

As Sato was recording her message about her passion for X JAPAN, YOSHIKI sneaked up on her. She felt a presence and turned around to see YOSHIKI, the person she had been longing to meet. Shaken to the point of leaping into the air, she said, "What? No way! No way! No way!!" In tears, she said, "Thank you so much. This is the happiest moment of my life," at which YOSHIKI was deeply moved, saying, "I'm about to cry too...!"

This time, Sato had the special opportunity to ask YOSHIKI directly about the what she was most curious about, after all these years. In addition to talking about his extraordinary stories, and his favorite X JAPAN song, he also opened up about the important things he learned from his best friend and ally, Hide.

Finally, YOSHIKI gave a sincere response to the high school student's question, "What advice do you have for students today?"

Hosts Sandwichman and Mana Ashida were also greatly moved by YOSHIKI's deep and genuine kindness. In the studio, they demonstrated the "X Jump", in which fans jump in time to the chorus of the signature song "X". Ashida also attempted YOSHIKI's "high-speed drum roll", which is said to be the best in the world.