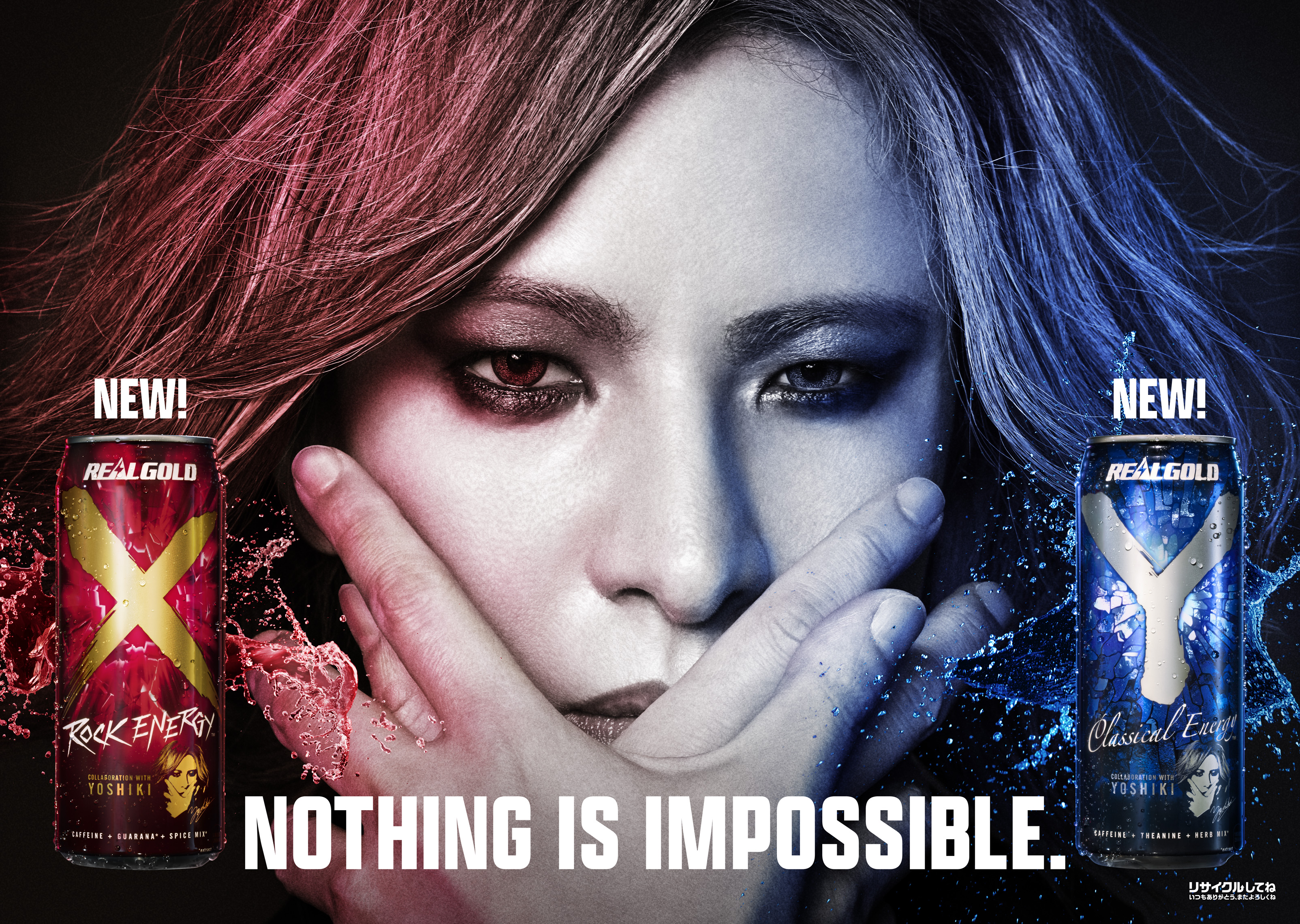 Coca-Cola has teamed with YOSHIKI as a business partner to release two brand-new energy drinks, Real Gold X and Real Gold Y, which will be released nationwide in Japan on May 16. 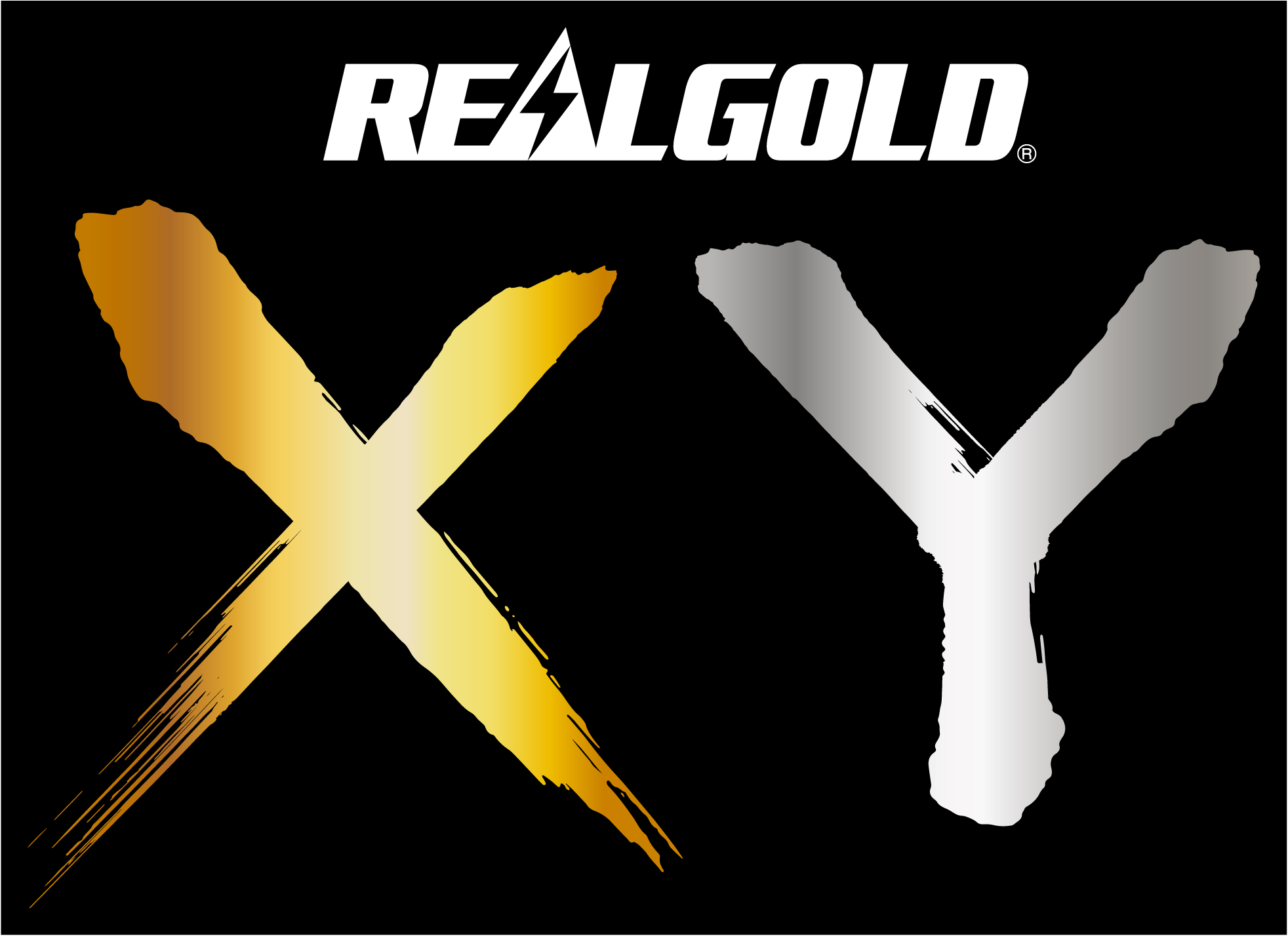 This product was born from the partnership between Coca-Cola (Japan) Company, Limited. and YOSHIKI, as Coca-Cola identified with YOSHIKI’s philosophy, "NOTHING IS IMPOSSIBLE," an ambition to always try new things, and "the desire to seriously support the next generation who are taking on challenges."

The product contains YOSHIKI ‘s belief, "Everyone can be a pioneer if they shape their own paths. If there is one magic that can change the world, it’s the sense of persistence. If you keep on challenging and challenging to achieve your dreams and goals, you will be successful for sure."

The contrasting senses of "excitement" from playing rock music (Real Gold X) and "focus" while performing classical music (Real Gold Y) express both sides of YOSHIKI's passion, as he strives to keep trying new things with undying intensity, believing that "NOTHING IS IMPOSSIBLE."
‍
Timed with the May 10 announcement, performance videos of original songs that YOSHIKI created for each of the product concepts premiered on Coca-Cola’s official YouTube channel. On that day, a special online event, "NOTHING IS IMPOSSIBLE NIGHT", was held, inviting special guests from various professional fields to discuss the theme, "NOTHING IS IMPOSSIBLE."

Real Gold X and Real Gold Y are energy drinks for people ofthe next generation who are taking on various challenges and contain a messageby YOSHIKI, "NOTHING IS IMPOSSIBLE." 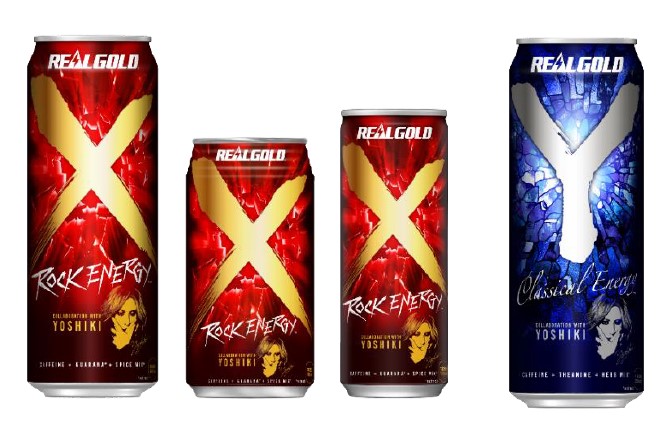