"YOSHIKI SUPERSTAR PROJECT X" Ranks #1 in Hulu Japan's Domestic Variety Show Category (as of October 30), interest peaks as strong compelling cast members are revealed!
The complete band will be revealed in "WE NEWS" during tomorrow's broadcast Sukkiri! on NTV! 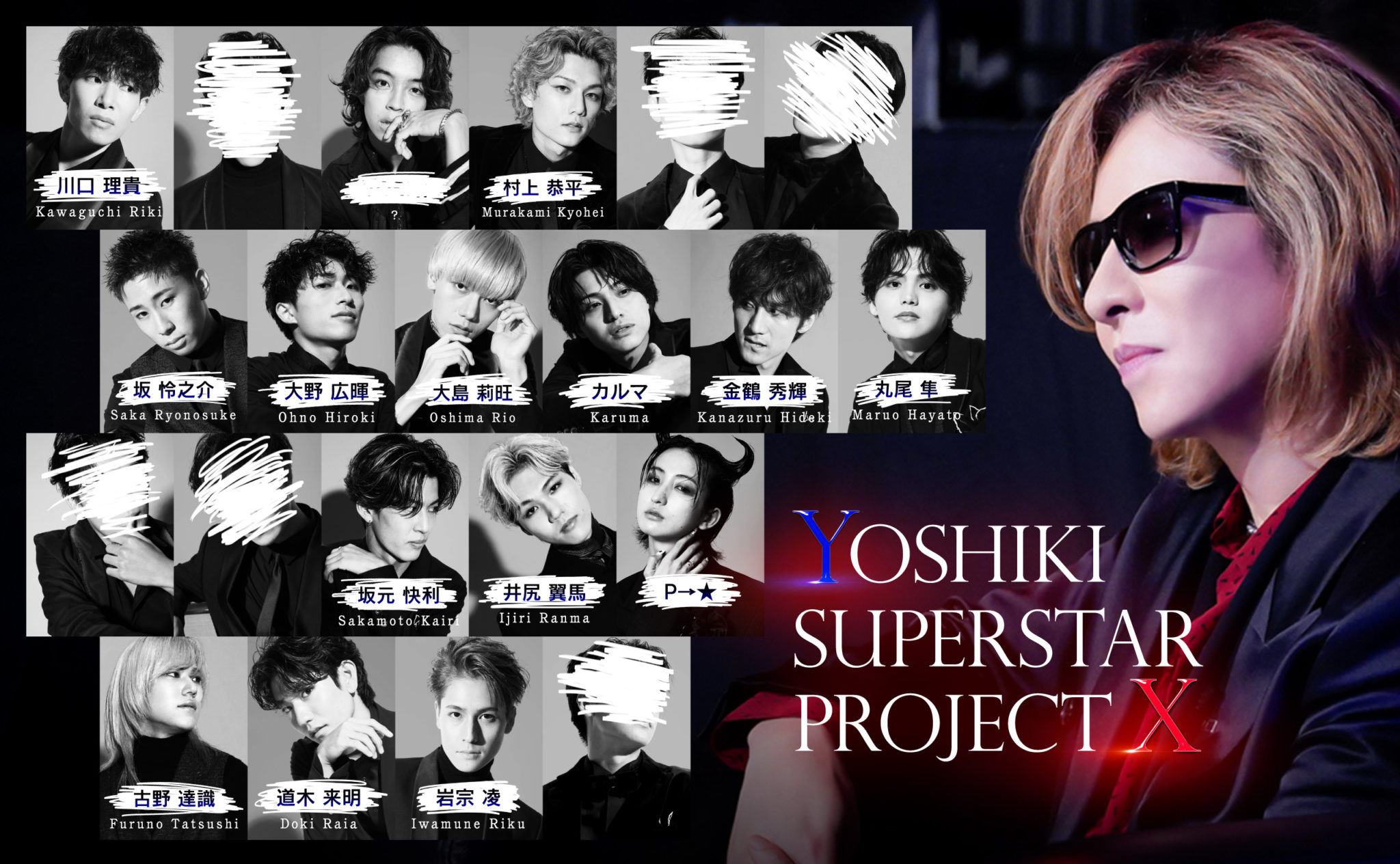 The beginning of a New Legendary Era. YOSHIKI, together with World Class Industry Experts in search of the next global stars on "YOSHIKI SUPERSTAR PROJECT X", a talent show discovering the next history-making, unprecedented, unrivaled band & boy group.

"YOSHIKI SUPERSTAR PROJECT X" began streaming on Hulu (Japan) on October 2nd. YOSHIKI, a legend in the music world who continues his global successes, produces this talent show to discover the next global superstar band & boy group.
Buzz around the show continues to peak as huge names, both international and domestic, join the show as judges, while the show takes multiple unexpected turns!
‍
Episode 5, "Vocal Special" aired on Saturday October 29 and revealed 7 contestants that made the cut. So far, 14 out of the 20 contenders YOSHIKI announced in the first episode, have been revealed. The show's unique approach for a talent show, of revealing strong compelling characters (cast members) as the show develops, has generated great hype on social media, ultimately putting the show in the #1 spot on Hulu Japan as of October 30th, in its "Domestic Variety Shows" category. 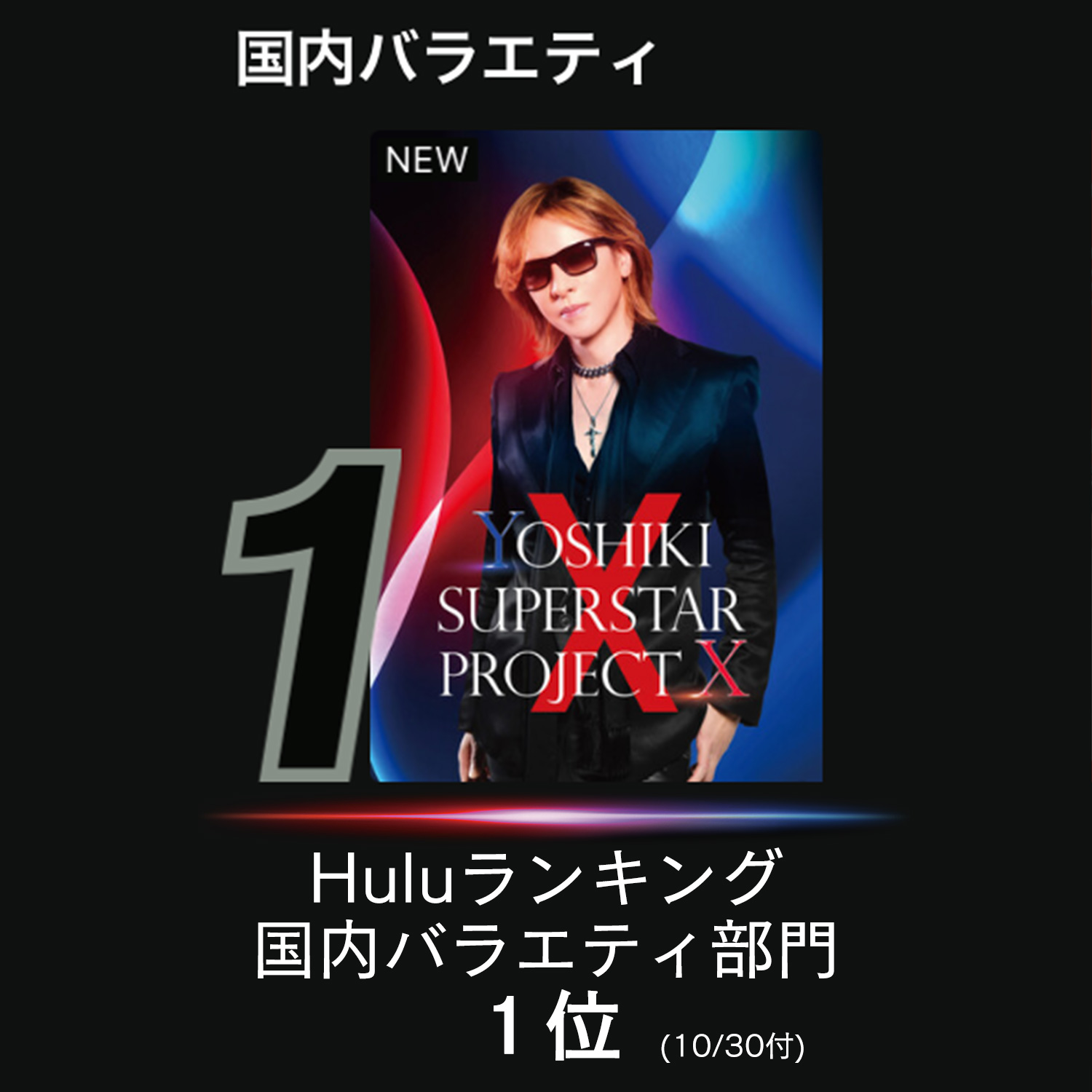 Compelling, strong characters such as YOSHI (age 19) who gained high interest when he debuted as a singer 3 years ago and simultaneously appeared on runways and ads of popular brands, as well as television variety shows, and Karma (age 20), who currently works as a "host" (male companions at bars) in Kabukicho, are among the long lineup of riveting cast members that never fall short of shocking the judges.

Additionally, "P→★" (age 23), a dancer who earned his spot on the show when an unprecedented additional / second audition took place after contestants were already picked, is a skilled dancer with plentiful experience and a unique charm. YOSHIKI even stated, "I want the world to see P→★."

"YOSHIKI SUPERSTAR PROJECT X" has become a show you can't miss with the not only highly skilled, but highly compelling cast members that continue to entertain and surprise the audience. In tomorrow's (November 1) "WE NEWS" on Sukkiri, the 4 finalists who will be in the show's final band, will be revealed.