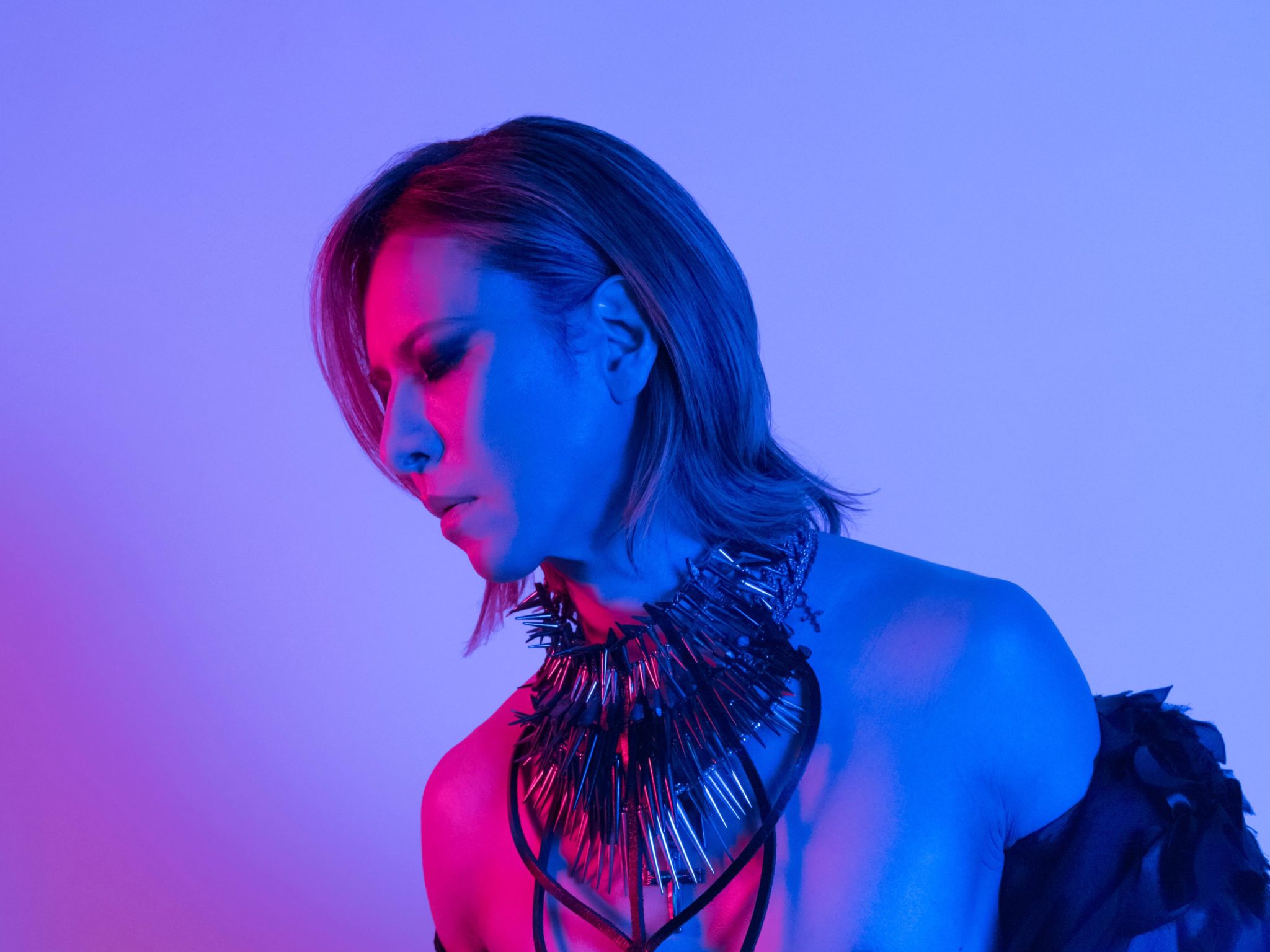 YOSHIKI announced on Twitter today the sudden cancellation of his performance with Sarah Brightman scheduled for tonight (October 21) in Puebla, Mexico.

"I'm sorry everyone, I have to cancel my performance tonight in Mexico... I'm not feeling well." – YOSHIKI Official Twitter 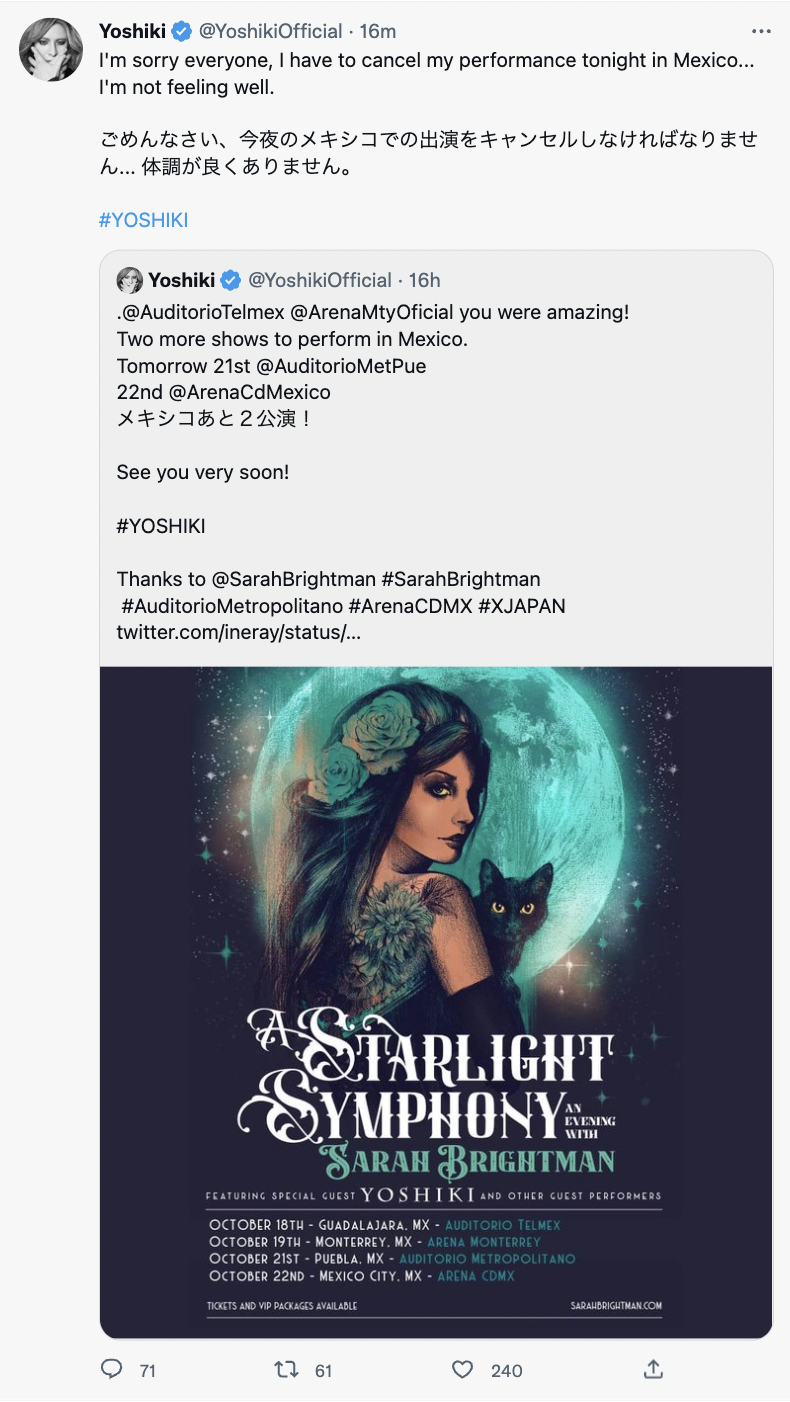 YOSHIKI was invited as a special guest composer/pianist by Brightman for the GRAMMY® Award-nominated soprano "Starlight Symphony" tour, which began earlier this month with a series of exclusive engagements at the Venetian Theatre in Las Vegas before extending to Mexico. YOSHIKI’s standout performance was met with a standing ovation from enthusiastic crowds each night including YOSHIKI’s fans from all over the world.

YOSHIKI posted the announcement on his Twitter account this afternoon, just a few hours after thanking fans in Guadalajara and Monterrey for joining the classical performances earlier this week.

It is unclear if YOSHIKI will be able to appear at his upcoming scheduled performances including Japan at this time.