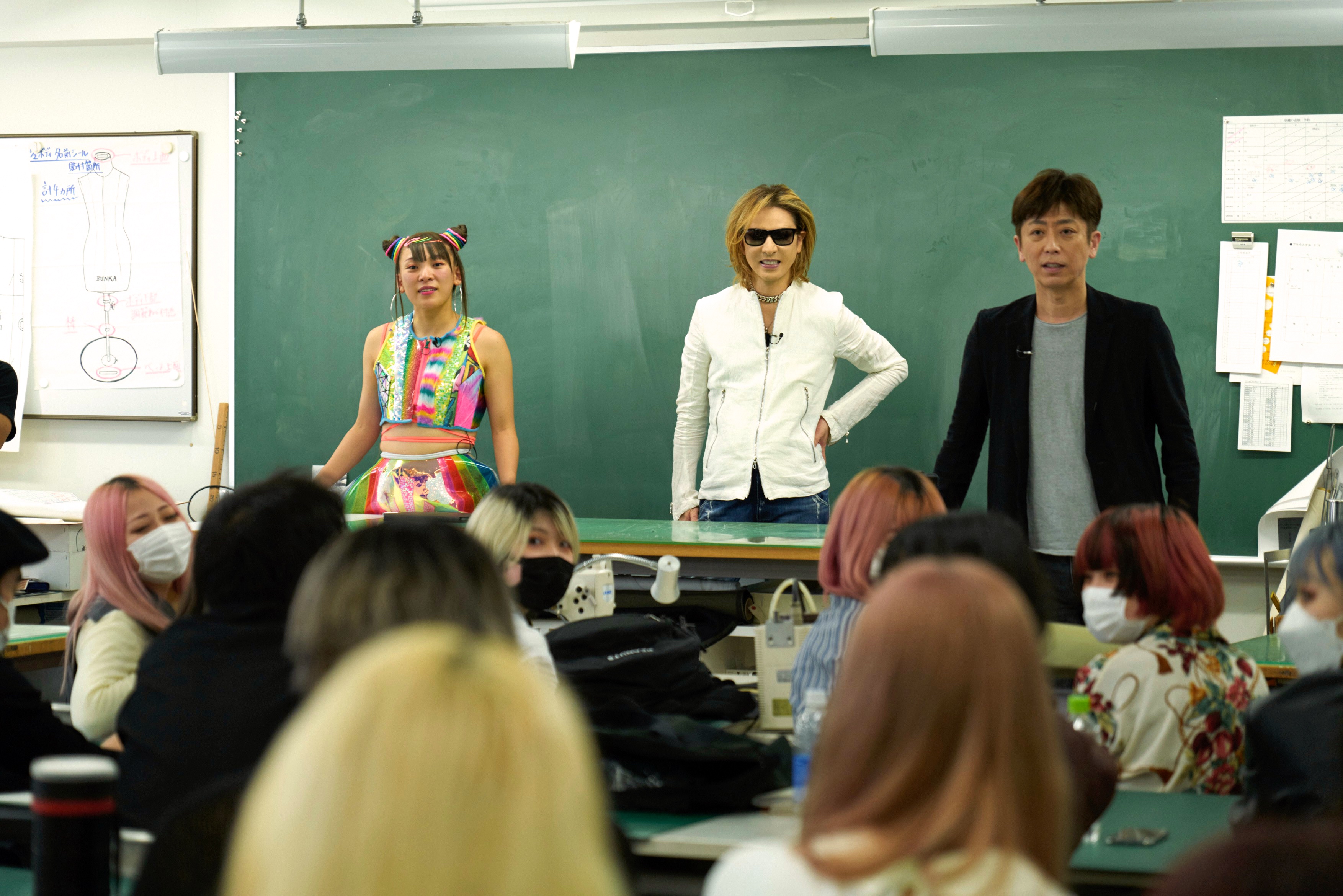 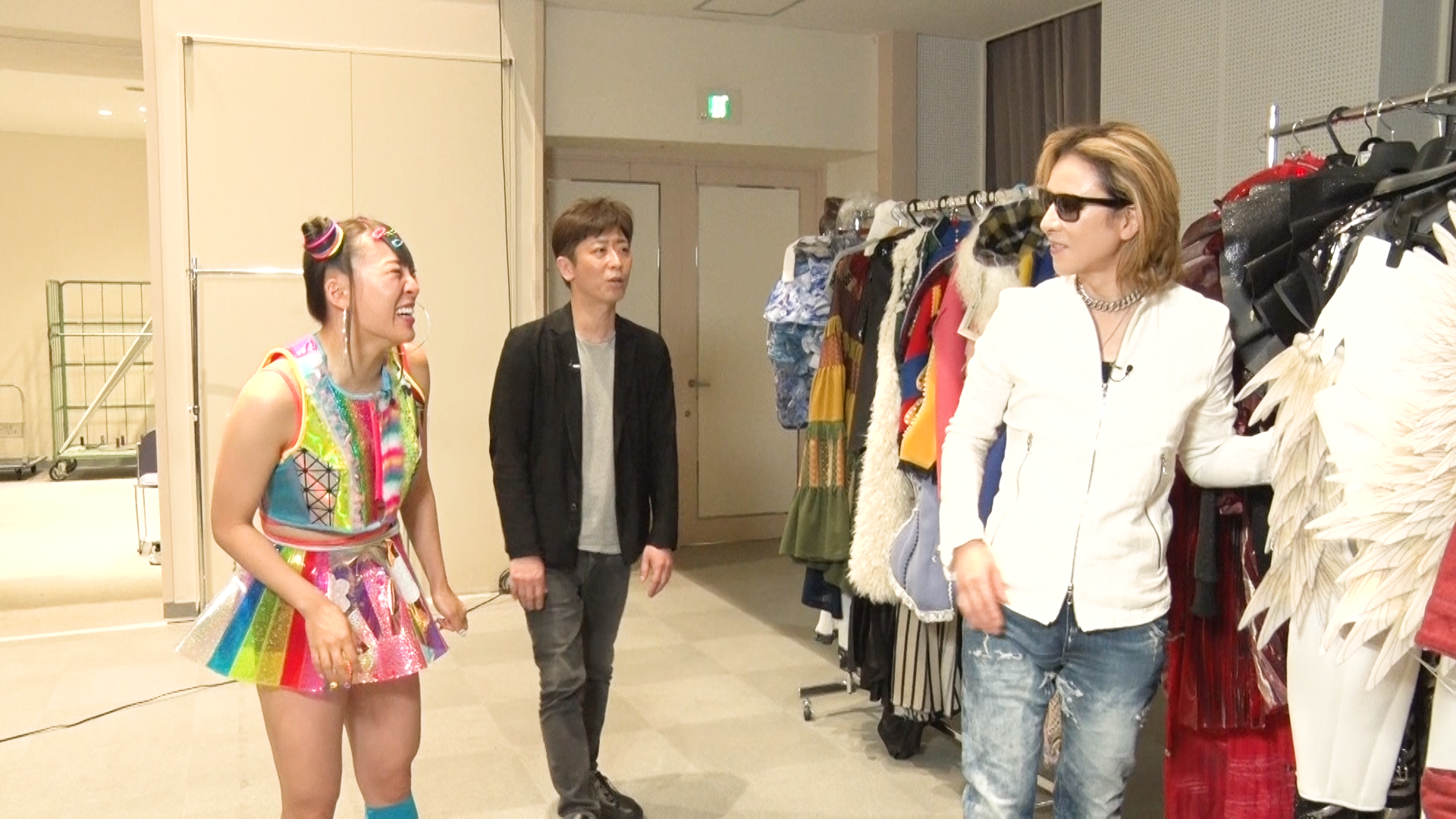 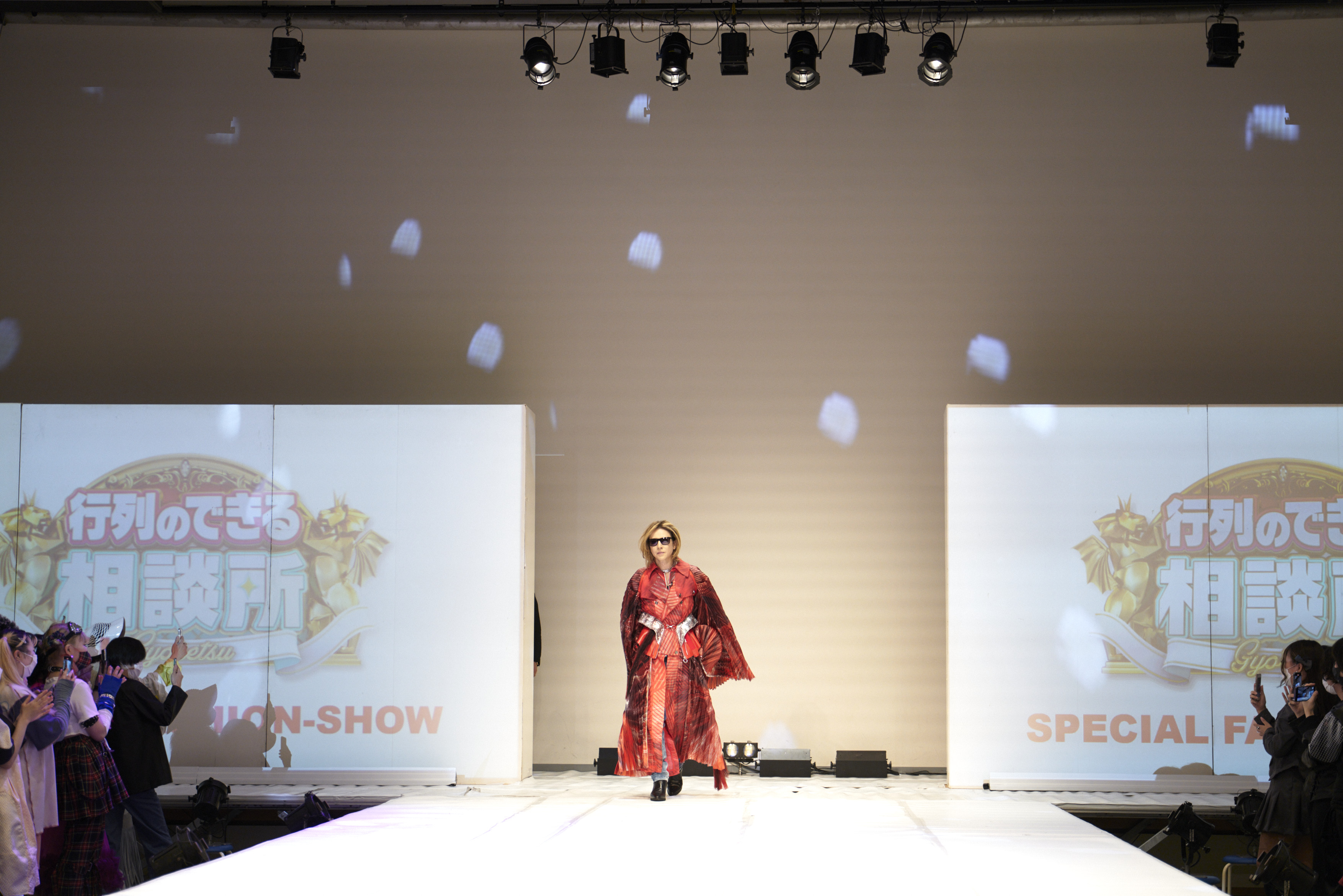 On June 5, YOSHIKI appeared as a guest on NTV’s "Gyoretsuno Dekiru Sodanjo”.

Currently, YOSHIKI is working on "YOSHIKI SUPERSTAR PROJECT X", an audition project conducted in collaboration with NTV aiming to create a next-generation world-class boy band from Japan. With this in mind, he decided to appear in order to better understand the actual situation of the younger generation.

First, he made a surprise appearance at Bunka Fashion College, a vocational school for fashion and clothing. When the students suddenly saw YOSHIKI had joined them, they cheered loudly and applauded. YOSHIKI greeted everyone with a smile, answered questions from the students, and walked the runway wearing clothes designed by some of the most gifted students.

In addition, the program closely followed YOSHIKI during his appearance as a special judge on "THE DANCE DAY", one of the largest competitions of its type aimed at selecting the best dance in Japan, held in May at Makuhari Messe. Seeing the impassioned performances of the young people in front of him, YOSHIKI commented, "A perfect score of 100 is not enough. I thought it was wonderful." Still filled with emotion for his mother, who had passed away just a few days previously, he shed tears as he expressed how moved he was.

After the broadcast, social media was filled with comments praising YOSHIKI's character, including, "It's wonderful to see YOSHIKI pitch in and help students by walking on the runway. It really looks like it wasn't planned; I was so surprised!" "Even though he was just walking, he was godly..." "YOSHIKI is always humble, even though he is obviously such an amazing superstar." "Even though he is a world-class artist, he is a really nice person who talks with young students in a friendly manner. I cried when I saw YOSHIKI crying (at 'THE DANCE DAY')."

Currently, entries are being accepted for the ticket lottery for "YOSHIKI Classical with Orchestra 2022 in JAPAN", which will be held at the Tokyo International Forum on September 17th, 18th, and 19th.
‍