An Emotional Finale to YOSHIKI’s First Dinner Show Residency in Three Years
Finished Out 20 Shows in 11 Days, a New Personal Record
“I could hear what was in your hearts all along.” 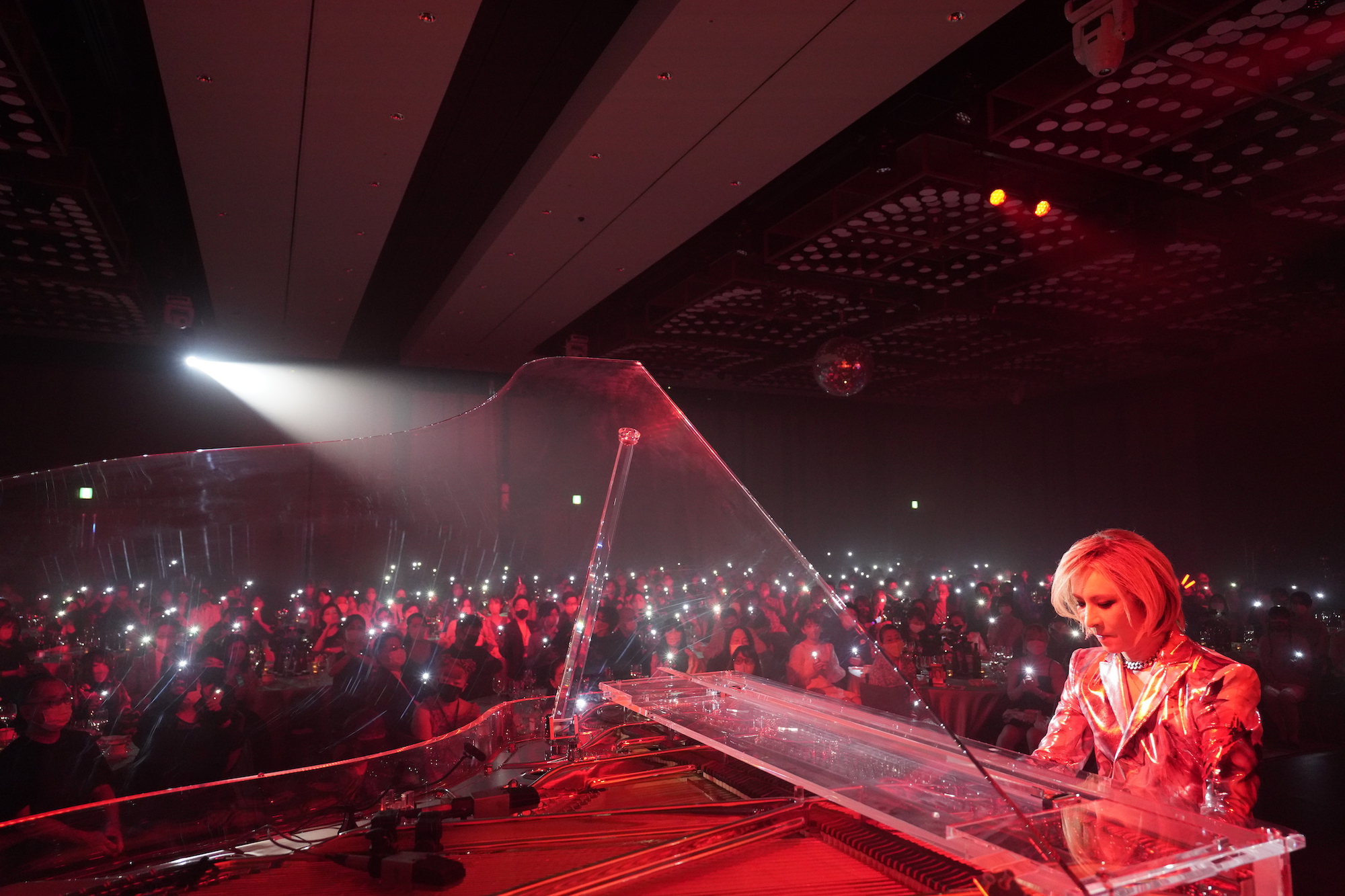 On August 28, YOSHIKI concluded his dinner show series YOSHIKI+ Presents an EVENING/BREAKFAST with YOSHIKI 2022 in TOKYO. The 11 day, 20 performance residency was held for live audiences at the Grand Hyatt Tokyo.

As an entertainer passionate and particular about his craft, YOSHIKI imbued these qualities in his performances. This premium concert series was far from your average show. In an age when selling tickets is no easy feat, all 20 of YOSHIKI’s performances sold out in advance. In short, the atmosphere of anticipation around these shows was high.
‍
Rigorous health and safety protocols were employed during the performances. Each performance was streamed live for ticket holders who suddenly found themselves unable to attend, allowing them to view it in real time. Special gifts included with each ticket were later sent in the mail for these guests. Although the dinner shows previously saw YOSHIKI walking among the audience as a chance for fans to hand him gifts during the curtain call, this tradition was put on hold for the safety of all guests. 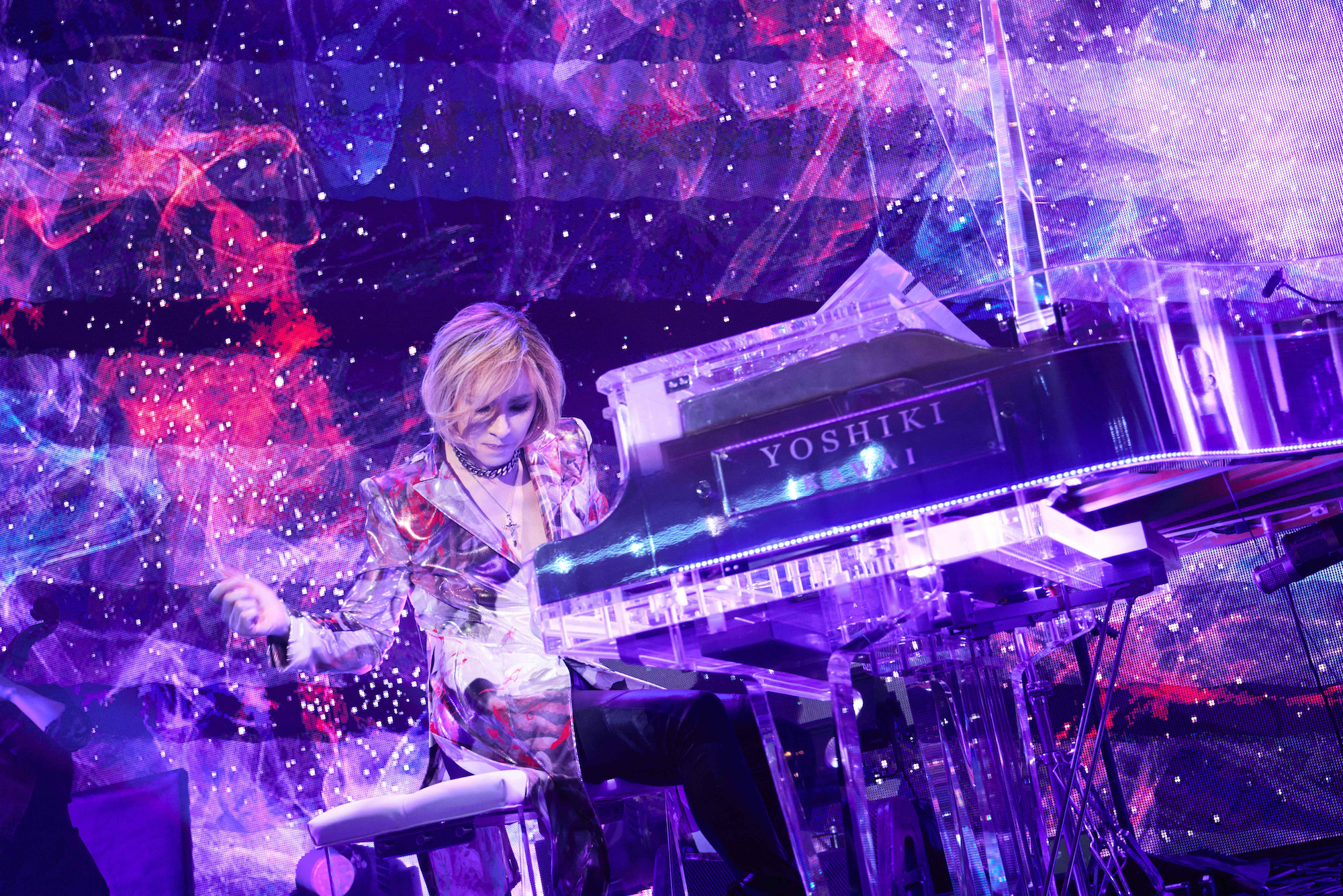 Over the course of 3 hours, YOSHIKI performed elegant piano renditions of his most popular songs from X JAPAN including “Tears,” “Without You,” “ART OF LIFE,” and “ENDLESS RAIN.” Guests also got to see a vocal rendition of “Red Swan,” the opening theme of the third season of Attack on Titan, and a classical version of “Imitation Rain,” the Japan Gold Disk Award-winning song written for SixTONES and performed live for the first time. With beautiful melodies and delicate tones, YOSHIKI delivered a deeply moving experience. The drum solos utilized lasers and LED lights to bring YOSHIKI’s performance to life. YOSHIKI’s repertoire is an evolving work in progress, which could be seen in these spectacular performances. Never settling on a single rendition, he developed each song bit by bit throughout the 20 performance residency.

Fan favorite “Forever Love” was performed in collaboration with the Asami Maki Ballet Group in remembrance of Maki, who passed away last year. Additionally, the shows featured a fashion show highlighting new pieces from YOSHIKIMONO and a joint performance with yoshikitty. This residency featured a packed program that only YOSHIKI could make possible. At the annual charity auction, items from YOSHIKI’s personal collection, including a shirt and a shawl, were sold. All of the proceeds benefitted by YOSHIKI’s US based 501(c)(3) nonprofit organization YOSHIKI FOUNDATION AMERICA.
‍ 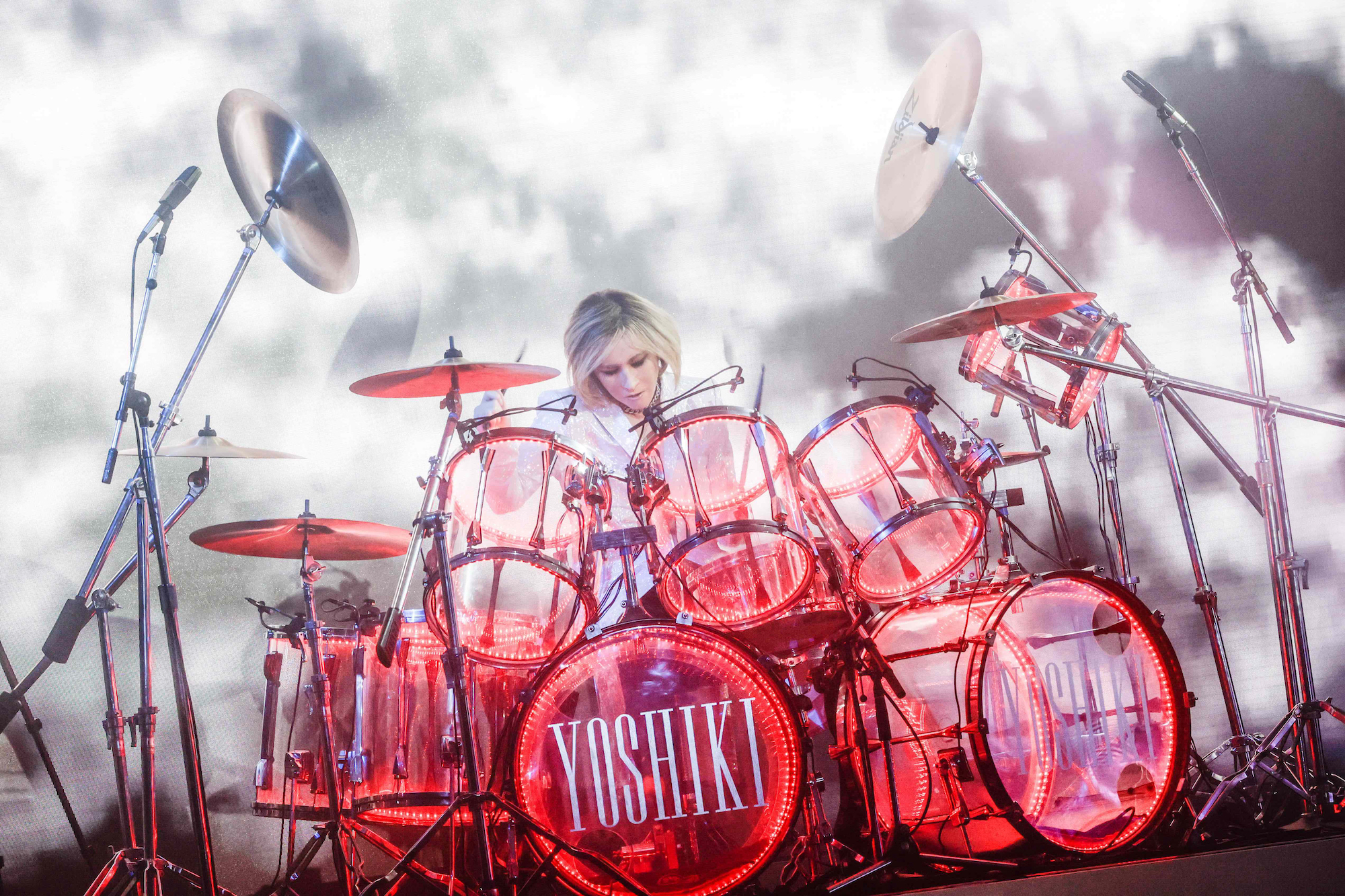 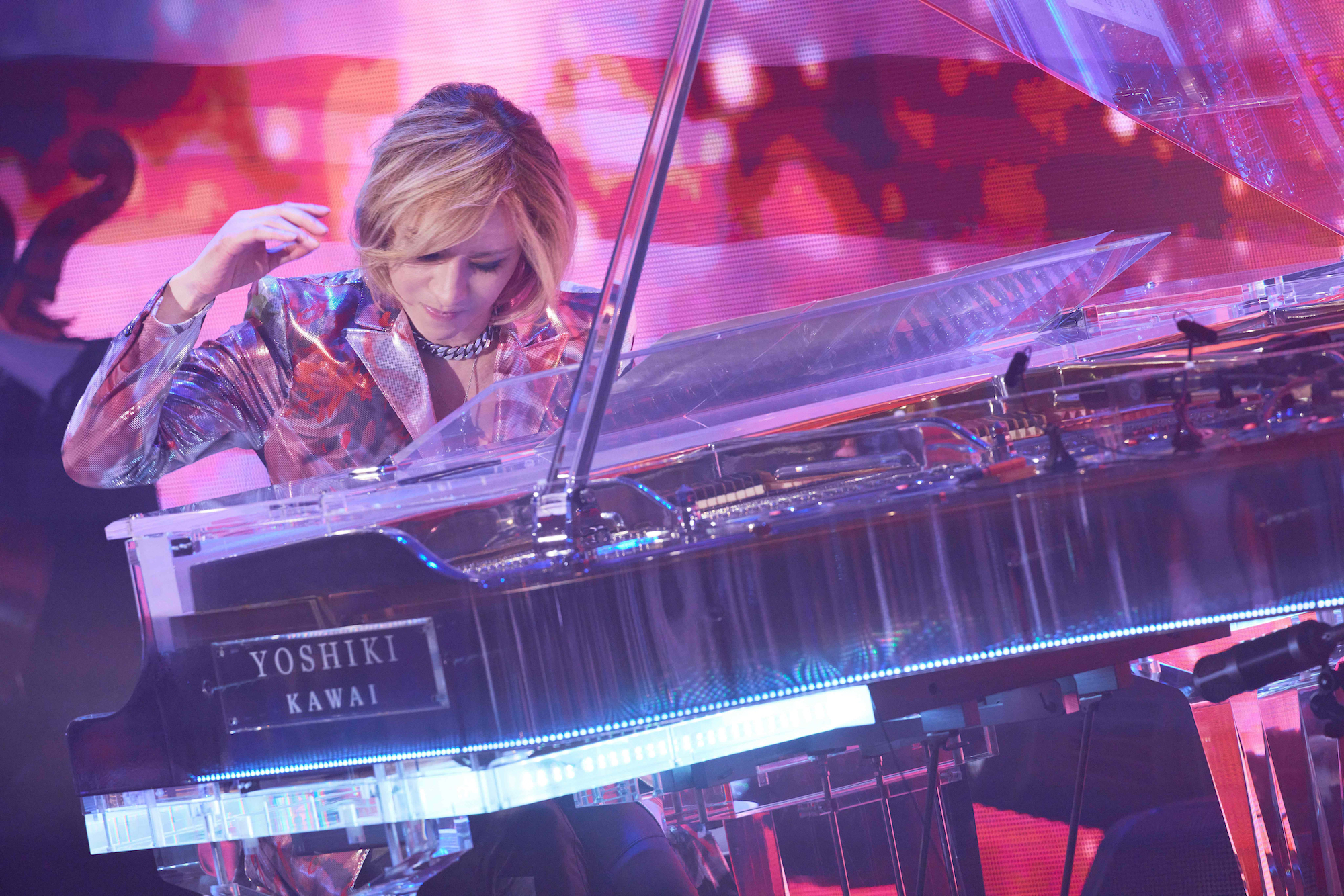 In May of this year, YOSHIKI lost his mother. At the beginning of his set, he shared his thoughts with his assembled fans: “There are times when the tears don’t stop falling. Still, I decided that I wanted to do a concert, even if I had to perform while crying. I was completely lost when Mom died; however, thanks to all of you, I’ve been able to move forward, one step at a time.”

To close out the last of his performances, YOSHIKI, full of gratitude to the artists that joined him on stage, the many staff that made the show possible, and all the fans that purchased tickets, channeled this feeling into a moving performance of “ENDLESS RAIN.” YOSHIKI shared his thoughts with the audience, “I heard what was in all of your hearts. I could hear it all along. I gave each of these performances everything I had. It’s true that each time a show would end I’d have to ice my wrists to ease the pain. But because I knew that you all would be back the following day to support me, I wanted to return the favor 100 times over. It’s my hope that my music can support you, even if it’s just a little. That's why I’m going to keep doing my best. You guys do your best too, alright? I’m with you.” Then, after several deep bows, he exited the stage.

On top of everything else, YOSHIKI appeared on Nippon TV's 24 Hour TV in between the final afternoon and evening sets of his residency.

As they ate dinner, ticket holders for the evening performance were able to view YOSHIKI’s television appearance in real time on a large screen set up in the venue. The show featured a performance from YOSHIKI and Ukrainian ballet dancer Nelia Ivanova. From Ryogoku Kokugikan, the two offered a prayer for peace in the form of a mesmerizing performance of “ENDLESS RAIN.” 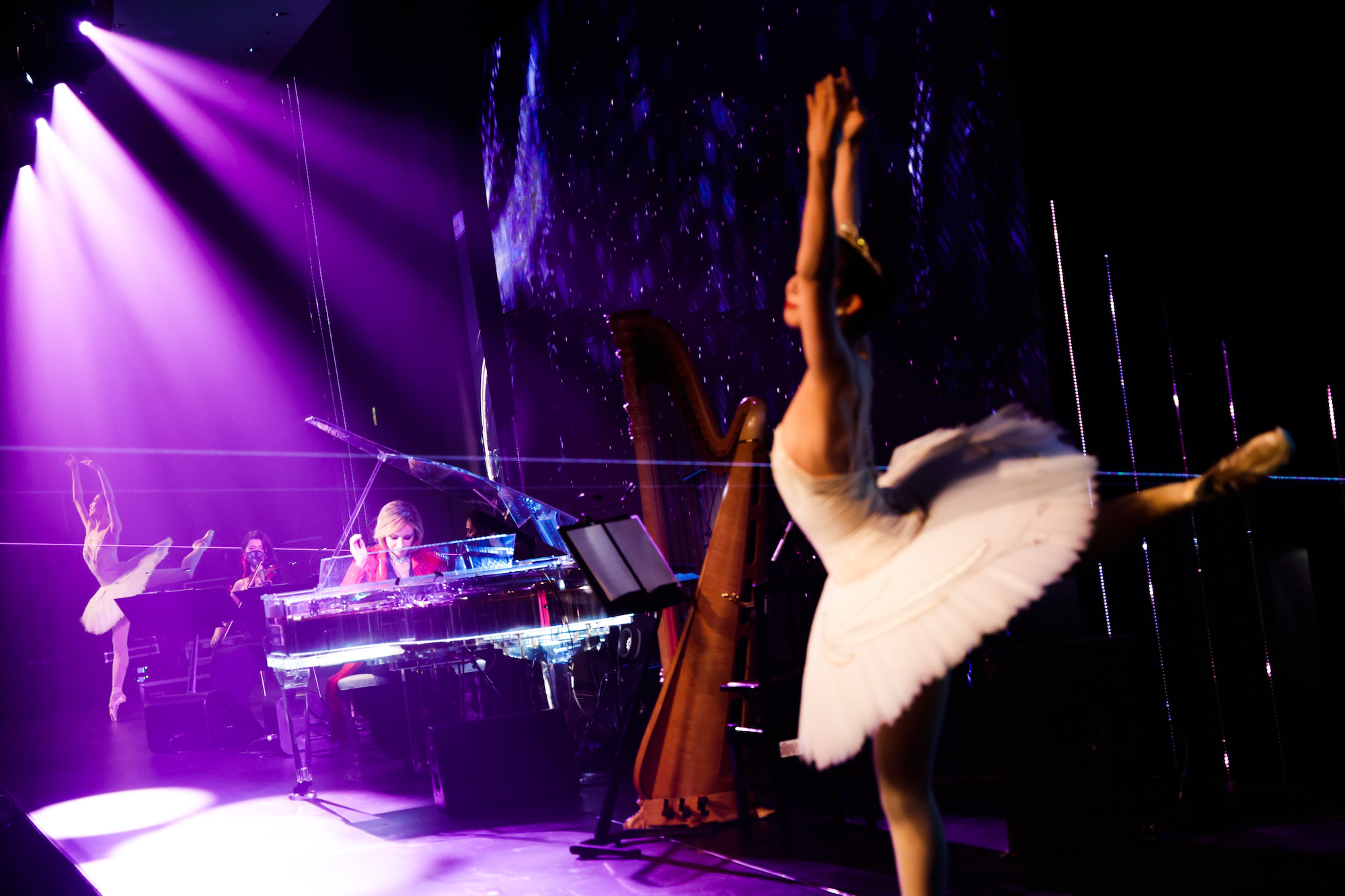 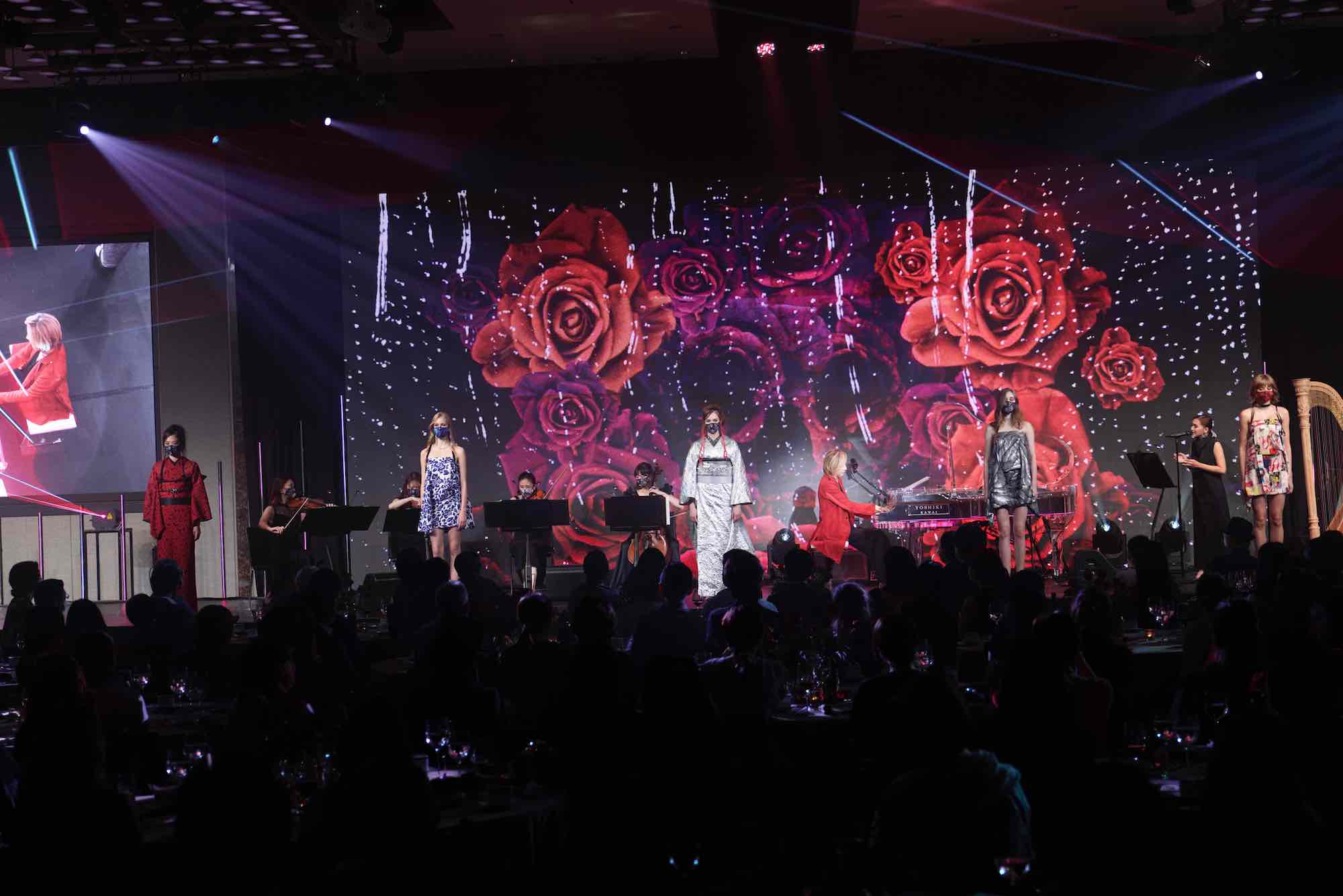 Though he just finished his first dinner show residency in 3 years, YOSHIKI doesn’t plan to rest on his laurels. Up next is YOSHIKI CLASSICAL With Orchestra 2022 in JAPAN, his first classical performance with a full orchestra in 4 years. Performances are scheduled for the following three dates: Saturday, September 17, Sunday, September 18, and Monday, September 19 (Respect for the Aged Day). 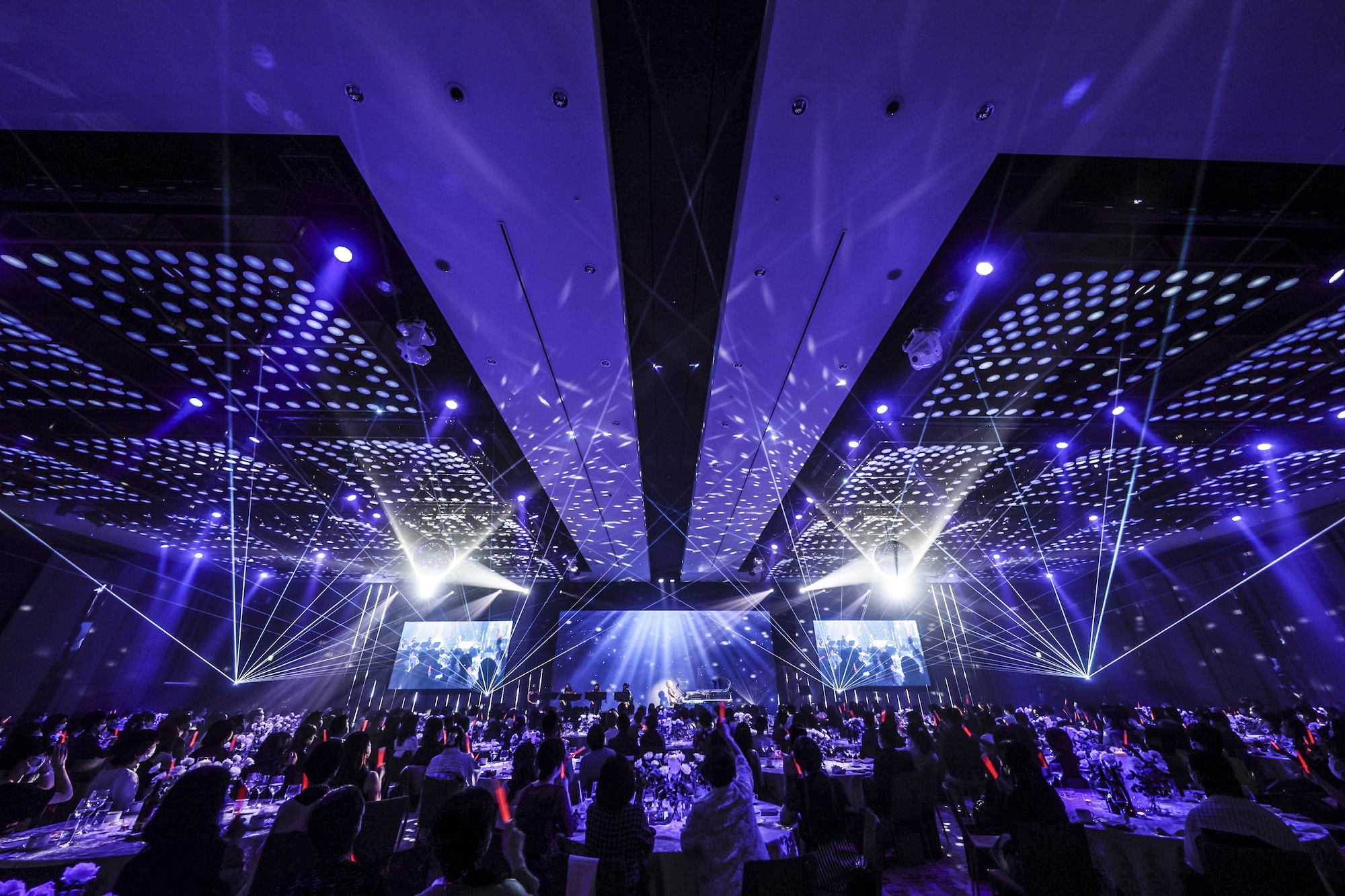