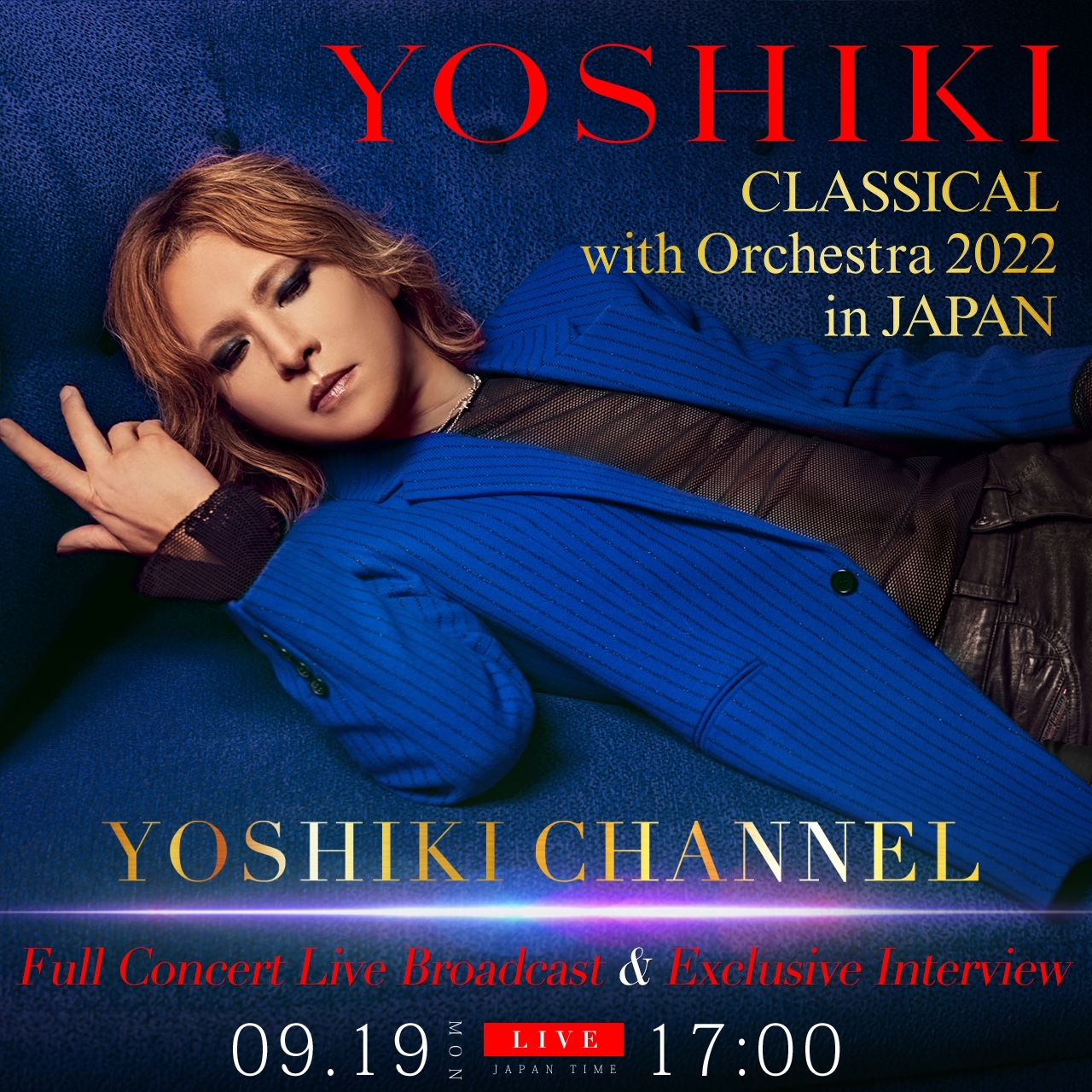 The final performance of YOSHIKI CLASSICAL with Orchestra 2022 in JAPAN at the Tokyo International Forum will be held on September 19th and broadcast live on YOSHIKI CHANNEL on Niconico, YouTube, and WOWOW.

YOSHIKI CLASSICAL is a classical concert featuring YOSHIKI's piano performance with a full orchestra. The concert series features numerous songs including classical masterpieces,  X JAPAN's "Forever Love" and "Endless Rain," the Golden Globe Theme, and a celebratory song written for the 10th anniversary of the Emperor of Japan’s Enthronement Ceremony, written and composed by YOSHIKI. This year’s performances will be the first in nearly four years since the 2018 Tokyo International Forum concert.

This broadcast provides fans an extremely rare opportunity to witness YOSHIKI perform a classical concert in Japan. Both tickets and VIP upgrades for all three shows sold out in under five minutes in the general sale. This premium performance will be broadcast live in its entirety, exclusively on YOSHIKI CHANNEL.